With the advent of smaller higher performance canopies, the drag induced by trailing a pilot chute behind a canopy has become a significant concern. To reduce this drag some pilot chute designs of the Pull-out and Throw-out variety are collapsible. Once deployment of the parachute has occurred a kill line running up the center of the pilot chute bridle becomes loaded. This kill line pulls down on the apex of the pilot chute collapsing it and greatly reducing its drag on the canopy.

Some designs replace the kill line with a fixed length of shock cord, which stretches when the pilot chute is moving quickly, allowing it to inflate. When the pilot slows down (after opening a canopy, for example) the shock cord retracts, killing the pilot chute. While this avoids the possibility of pilot-in-tow malfunction due to an un-cocked pilot, it has the disadvantage of requiring significant airspeed to operate. This could cause a delayed deployment if used for a BASE or balloon jump, or any other jump with a low speed deployment. This type may also begin to re-inflate behind a highly loaded, fast moving canopy, negating the usefulness of a collapsible pilot chute. 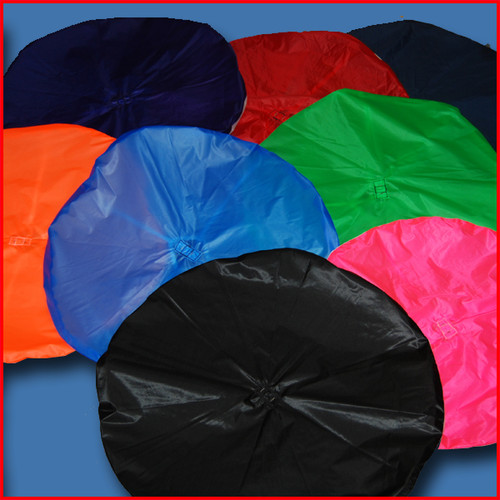